Despite the high aesthetic value, one of the popular styles of homes created hype in the category of mid-century houses, however, some of the drawbacks of the style has made it less popular over the time. For example, the ability to maintain temperature was one of the critical issues. Similarly, the durability of materials used to build the houses failed to yield the expected results in addition to the high prices of the energy market.

In other words, it proved to be the big blow for the midcentury style houses that were overly depended on the temperature maintenance products. Consequently, some of the mid centuries styled homeowners paid highly expensive utility bills.

According to some of the experts, the draft walls and the design of window also contributed in increasing the space area for the coldness to get into those houses and to decrease or disturb the overall temperature system of the house. That said, there are some of the tips that may help you to minimize the drawbacks of the mid-century style house while enjoying the benefits of the design. 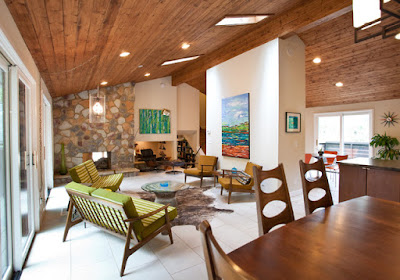 The Design of the Window
As the big style windows are one of the prominent features of the mid-century houses, which were added for the purpose of capturing the sunlight in order to merge it well with the inside atmosphere. However, if one looks at it from the point of view of finances involved in buying the expensive glass, it becomes clear that the cost can be reduced in addition to decreasing the size of the window. In terms of the disadvantages, the big size of the window may serve as a mean to not only attract more sunlight, but it mostly disturbs the house temperature in the cold season due to the increased space for the outside atmosphere to enter into the house, especially if the window designs are in the direction of north. This means that the position of the window design on the northern side would increase the chances of heat and coldness to enter the home atmosphere.

However, the good news for the mid-century style homeowners is that the window designs have evolved a lot over the past few decades. This means that the technology of glazing in form of the double and triple layers can help to achieve a cushioning of the insulators. Likewise, the Low-E coating is another option that helps to mitigate the scorching heat from entering into the houses.
Moreover, the significance of the window frame is another factor which will act as a barrier for the excessive heat and coldness. For instance, some of the experts have renovated the old century style houses in such a way that the sightlines to the ocean are enhanced without having to face the disadvantages attached to the mid-century window designs. In simple words, the disadvantages can be reduced to the large degree. 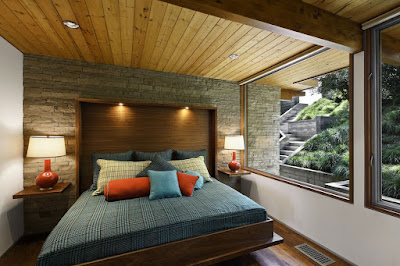 Insulation
Despite the presence of above-mentioned disadvantages, the structural posts used in the midcentury also acts as an insulating design to block the excessive beams of sunlight from disturbing the house temperature. Interestingly, this very feature is not present in the contemporary houses, which facilitates the number of outlets for the excessive or extreme temperature to mix with the internal temperature. In simple words, the money spent on the utility bills in the contemporary age can be controlled if all the homeowners work on ensuring the insulation of the house before they approve the design. And the same goes for the architects and interior designers as well. Although you may have to spend extra money on securing the insulation of the house, however, if you look at it from the big perspective, the long-term benefits will outweigh the disadvantages.

Rafter Ceiling
Though rafter ceilings may increase the chances of disturbance in the house temperature in general, however, if this type of ceiling is matted with a layer of insulation, the design could become very trendy. In addition, various forms of foam and insulating barriers can enhance the utility of the rafter ceiling design. In other words, the extra heat needed in the cold season can be prevented from escaping the house. 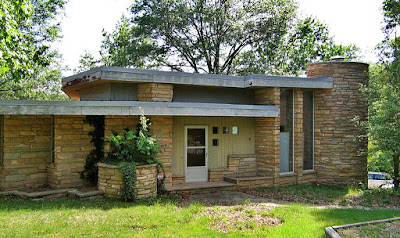 Walls of the House
The gap between the structural posts and the walls of the house is another drawback of the mid-century house that directly contributes to increasing the chances of seepage. However, if the anti-seepage sprays are used especially on the areas where seepage can grow, the damaged area can be decreased to a large extent. The main function of these sprays is to block the gap between post structures and the walls of the house as the cavity fillers. Additionally, Faux Brick Wall also play a role in preventing the seeping from emerging on the walls or ceilings of the houses.

Floor Heating
The main idea behind the floor heating is that it is a combination of coils, hot water supply, and heating mechanisms in the tubes to keep the floors of the house warm from the bottom. In other words, the coils are used to make the water supply warm enough, which reduces the coldness of floors in the winter season and the origin of the technology, can be traced back to the Roman civilization. 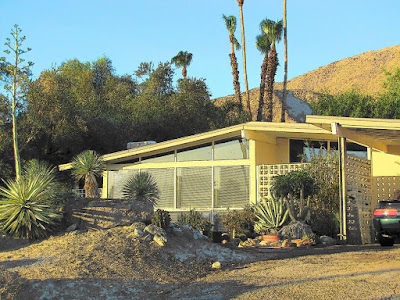 In the past, mostly, the heating tubes were laid in the base of the flooring without any support from the lower side or beneath, which contributed to the loss of heating and thereby the temperature control of the floor was badly affected. However, the new advancements have brought improvements in the technology of floor heating; the missing layer of insulation underneath the coils or tubes is also insulated by the help of a slab. As a result, the efficiency of the floor heating is increased many folds. Furthermore, the design of the insulating slab is another critical factor that needs more attention. In other words, the main trick is to make the bottom of the insulating slab water resistant since it keeps the temperature of the house maintained in the summer and winter season in addition to preventing mold from spreading on the floor or ruining the flooring.
Posted by Unknown at 09:08